Dress shirts generally come with a few different options for the front placket.

A dress shirt Front placket is the most common dress shirt front style. The fabric is folded back over and sewn with a fused interlining to give it that crisp, dressy appeal. You’ll rarely, if ever, go wrong with this on a business shirt. 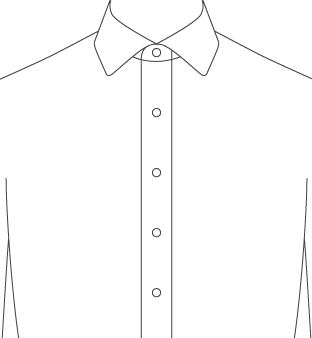 The Soft Front placket is very similar in style to the classic fused Front placket, but with a soft, unfused construction. It’s ideal for casual shirts and pairs really nicely with a soft collar and cuffs. 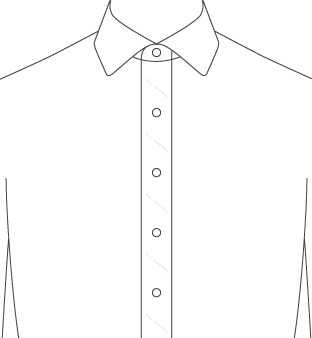 The French Front is a popular placket style that features no fold back placket. It has a “cleaner” more “downtown” appeal to it. It can be slightly more difficult to iron than the standard Front placket, but works well on both business and casual shirts. 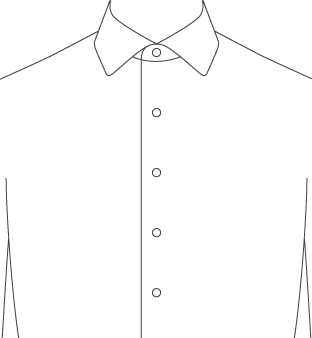 French Front or No Placket

An updated version of our No Placket (French Front) design featuring stiff fusing on both the front and back (buttonhole and button) side of the placket. The stiff fused lining provides extra support to ensure your collar stands up really well, with or without a jacket. It looks just like our standard French Front but the fabric will not pucker around the buttonholes due to the fusing.

Part dress shirt, part polo. The Popover features a soft front placket with only three buttons below the collar, requiring you to “pop” it “over” your head. A casual design option, for sure. 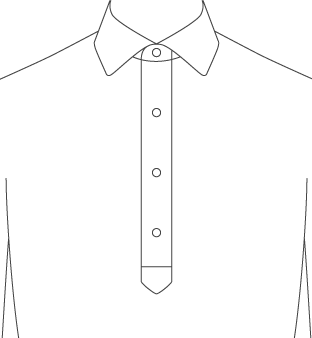 The Western Front incorporates both the Soft Front placket and an extended, stylized yoke detail along the shoulders. A casual design option, the Western Front will automatically set the yoke to our Western yoke style to complete the look. Western flap pockets and snap buttons are optional. 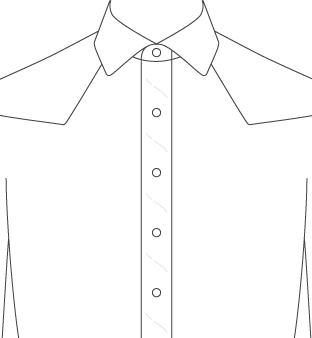 Commonly known as the Fly Front, the Covered placket is a more formal style placket with an extra piece that covers up the buttons on the front of the shirt. Commonly used for tuxedo shirts, this certainly will give your shirt a very clean, dressed-up look. 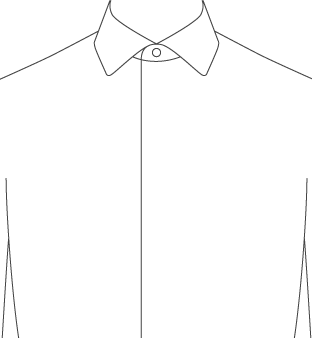 Similar to the French Front in look and construction, but the top four buttons below the collar are removable in order to be replaced with tuxedo studs. We suggest only going with this option when buying a tuxedo shirt. 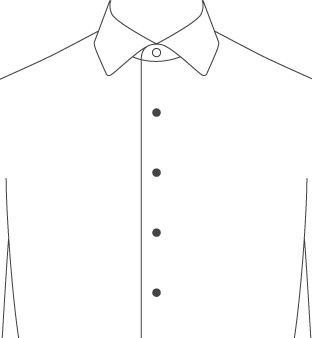 A timeless formalwear staple featuring a textured Thomas Mason Marcella white piqué fabric sewn onto the front of the shirt. The piqué bib is 10” wide, ends just below the 5th button, and features no placket. The top four buttons below the collar are removable in order to be replaced with tuxedo studs. 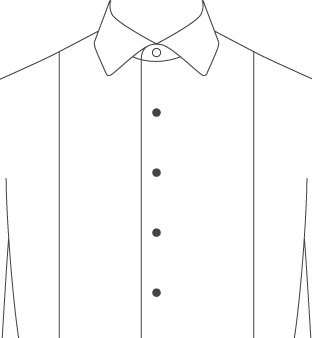 A classic formal option featuring ten 7/16″ pleats on each side of the (fused) front placket. The pleats are made from folds in the fabric of the front of the shirt. The top four buttons below the collar are removable in order to be replaced with tuxedo studs. 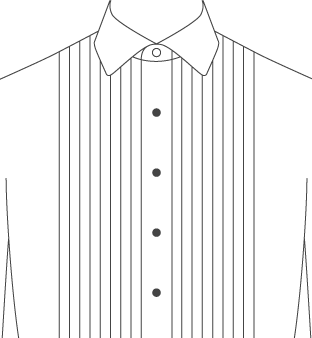 The Soft Wide Front placket is a traditional version of the casual Soft Front placket. The placket measures 1/4” wider than the Soft Front placket at 1.5″, and features the same soft, unfused construction. It’s perfect for casual shirts, particularly for those who prefer a more conservative look. 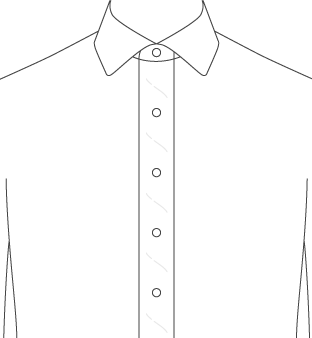