Gingham is a simple, checked fabric design where vertical and horizontal stripes of equal width intersect to make a checkerboard sort of pattern.

Gingham can be found in both large and small scale patterns.  Generally speaking, the larger the pattern, the more casual the shirt.  1/2″-2″ checks will be louder and feel more aggressive, making for great sporty shirts for the weekends with jeans.  Checks under 1/2″, and particularly 1/4″ or smaller can be quite business appropriate, though they will still feel more casual than conservative stripes or solid patterns. 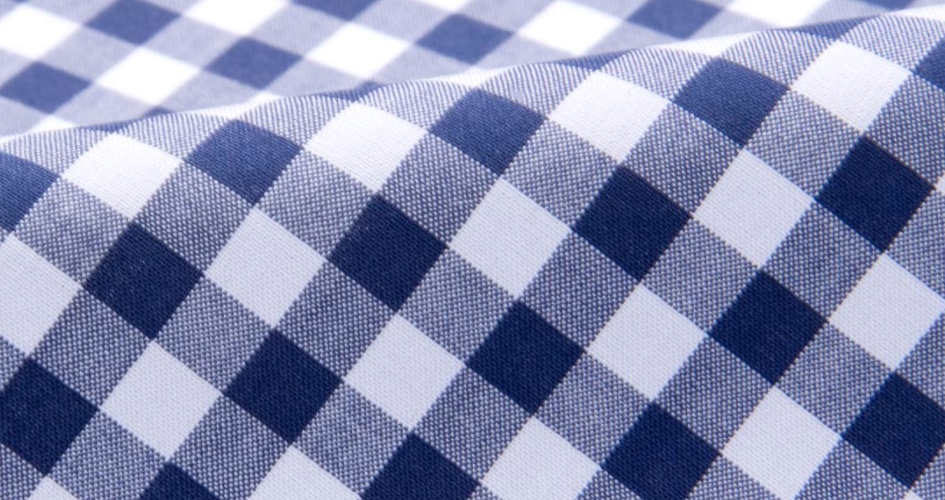 We suggest keeping your suit and tie solid when dressing up a gingham. It is a bolder shirt pattern, so keeping the rest of your look toned down will keep you from looking overly aggressive.

The History of Gingham

The word “gingham” is derived from the Malay word “genggang” meaning striped. Gingham  fabric actually started off as a stripe pattern when it was first imported to Europe in the 17th century, but crazy folks making fabrics in Manchester England experimented with check versions.  Over time the word gingham evolved to be mostly associated with the check pattern.